Notice Regarding the Coronavirus 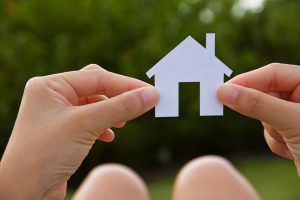 You want to sell your house, but you still have tenants. Maybe they’re on a month-to-month lease. Maybe they have another year to go. Regardless, you’re selling an encumbered property. What’s your next step?

Before we even start, you need to know that selling a house with tenants comes with some major challenges. First, showings are harder. You’re showing a house that’s lived in, and often not at its best. Second, most people don’t want to purchase a house with tenants because they then need to deal with those tenants. But there are options that can make this easier.

Make Sure Your House (and Tenants) Are Ready

If there are any glaring flaws in your house, it’s time to fix them. There may be issues such as bad carpeting, but you don’t want to disrupt your tenants. You may need to come to an understanding with them about some of these repairs. Further, you should make sure your tenants are current on their rent. If they aren’t, then it’s going to be even harder to convince someone else to take them on.

Schedule your showings on a specific day, such as Saturdays, so you aren’t disrupting your tenants’ lives too much. That’s for their benefit and yours. You don’t want to interrupt their quiet enjoyment of the property, and you want to give the tenants enough time to clean up before showings.

Obviously you’re not looking for first-time home buyers or resident owners to purchase your home because they’re going to want to move into it immediately. If you have month-to-month tenants, resident owners are still going to know that an eviction could take a year or more if the tenants decide not to leave. Instead, you should be looking for investors, ideally people who already want to be purchasing rental units. For them, existing tenants could be an advantage.

You can also look for house flippers and long-term investors, the types of people who are in it for the long haul. Many of them are willing to take on tenants in the short term to get an excellent property in the long term. Companies that purchase homes for cash are often willing to wait a little while for them to be vacant. In the meantime, the tenants often take care of the home.

End the Lease as Soon as Possible

If it’s a month-to-month lease, you might want to consider terminating it now even if that means you’ll be on the hook for the mortgage. Realistically, it’s just far easier to sell a house without anyone in it. If someone has a lease for six months, you shouldn’t renew it either. While an investor may be fine being encumbered for the next six months, they might not be fine being encumbered for the next two years.

There’s another possibility known as cash for keys. Sometimes you can offer your tenants money to move out early. Usually it has to be more than enough to cover their move with some extra. If you’re trying to sell a property now, and if there’s a lot of money on the line, cash for keys can be very effective. But if you’ve got the time and need the rent payments, cash for keys might be an outlay of funds that you’re not prepared for.

Long story short, selling a house with tenants is a challenge. Most buyers don’t want to purchase a house when it has tenants, because it’s such a variable situation. But you’re in luck. At Purple Mountain Holdings, we can make you an offer, even if you have an existing lease. Contact us today to get started.

Get a Cash Offer Today

Whether you’re an existing client or you’re looking to sell your house we are still open for business. We are taking additional safety measures and utilizing a variety of precautions to help you SAFELY sell your house during these uncertain times.

We are more than happy to talk to you about our zero contact virtual sale process that allows you to sell your house quickly, easily, and most importantly SAFELY!